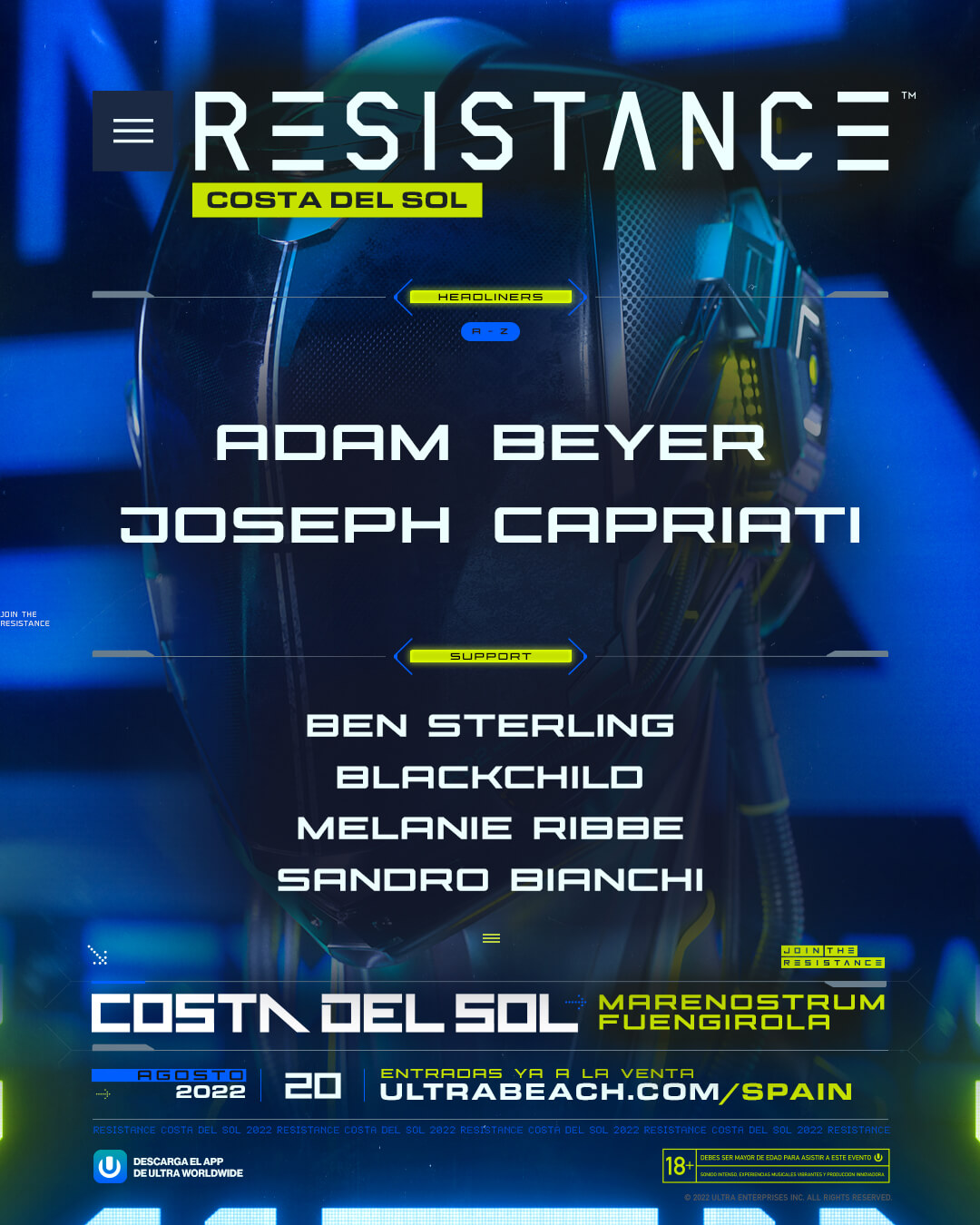 RESISTANCE Costa Del Sol will be held on Saturday, August 20 at the Sohail Castle in Fuengirola, Málaga

On Saturday, August 20, ULTRA’s esteemed underground concept RESISTANCE will host a stage at the legendary Sohail Castle for the inaugural ULTRA Beach Costa del Sol. Located in Fuengirola, Málaga, the majestic castle has been a popular sight-seeing location for hundreds of years, attracting all kinds of visitors with its exceptional sea views. Now, the fortress will add to its illustrious history by playing host to a bevy of house and techno music lovers.

Following ULTRA Europe, Destination ULTRA continued its house and techno offerings on Tuesday, July 12 at Carpe Diem Beach Club with RESISTANCE Hvar, headlined by ANNA and Ilario Alicante. The next night, Destination ULTRA continued its underground programming with the RESISTANCE Destination ULTRA Closing Party at a fortress on the island of Vis called Fort George. UK selector Michael Bibi fired off house and techno beats as revelers danced through the majestic location, which was built 200 years ago. Ultra Beach Costa Del Sol will be the perfect follow-up location for the next RESISTANCE castle affair.

ULTRA Beach, which has welcomed tens of thousands of fans to festivals in exotic coastal locations around the world, is excited to bring internationally celebrated house and techno to the picturesque oasis of Costa Del Sol – a natural next step for the worldwide brand’s continued expansion.

If you’re ready to feel all the adrenaline of techno in a medieval fortress, join and be part of the RESISTANCE movement! Tickets are on sale at https://costadelsol.ultrabeach.com

Media applications can be found at https://umfworldwide.com/media-application/

Previous
All News
Next